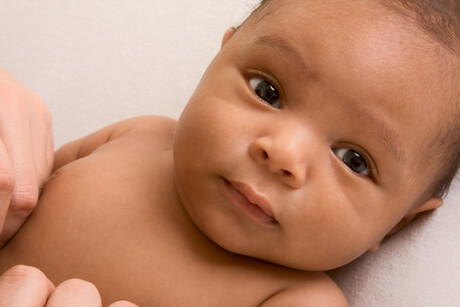 A global study involving 74 countries found that the survival rate of babies born with a birth defect strongly depends on where the child is born, prompting Australia to play a role in improving care surgeries for children in other countries.

2019 John Monash Fellow Dr Brendan Jones, together with Associate Professor Sebastian King and Dr Damir Ljuhar, was the co-country responsible for Australia and New Zealand for what would be the largest international study on results for babies born with major congenital diseases.

â€œAs a result of our participation in this study, we encourage Australia and New Zealand to play a leadership role in improving surgical care for children beyond our borders. “

Gastroschisis – a birth defect where a baby’s intestines protrude from a hole in the umbilicus – had the biggest difference in death rates, with 90% of babies dying in low-income countries compared to 1% in high income countries. In high-income countries, most of these babies will be able to live fully without disabilities.

Principal investigator Dr. Naomi Wright has spent the past four years studying these disparities in results. She said, â€œGeography shouldn’t determine outcomes for babies who have correctable surgical conditions. The sustainable development goal of ending preventable deaths in newborns and children under five by 2030 is unachievable without urgent action to improve surgical care for babies in low-income countries and intermediate.

Researchers emphasize the need to focus on improving surgical care for newborns in low- and middle-income countries around the world. Over the past 25 years, while there has been great success in reducing deaths in children under five by preventing and treating infectious diseases, little emphasis has been placed on improving surgical care for babies and children, and in fact the proportion of disease-related deaths continues to increase.

Birth defects are now the fifth leading cause of death in children under five worldwide, with most deaths occurring during the neonatal period. Birth defects involving the intestinal tract have an especially high mortality in low- and middle-income countries, as many are not compatible with living without emergency surgical care after birth.

In high-income countries, most women have an antenatal ultrasound to assess birth defects. If identified, this allows the woman to deliver in a hospital with surgical child care so the baby can receive help from birth. In low- and middle-income countries, babies with these conditions often arrive late at the children’s surgical center in poor clinical condition. The study shows that babies who present to the children’s surgical center who are already septic with an infection have a higher risk of dying.

The study also highlights the importance of perioperative care – the care received on both sides of the operation or corrective intervention – at the children’s surgery center. Babies treated in hospitals without access to ventilation and intravenous nutrition when needed had a higher risk of dying. In addition, not having qualified anesthetic support and not using a surgical safety checklist at the time of the operation was associated with a higher risk of death.

The researchers found that improving survival under these conditions in low- and middle-income countries involves three key elements:

The team recognizes that this requires strong teamwork and planning between midwifery and obstetrics teams, neonatal and pediatric teams, and pediatric surgical teams at the pediatric surgery center, as well as a outreach education and networking with referral hospitals.

Researchers insist that alongside local initiatives, surgical care for newborns and children should be integrated into national and international child health policies and should no longer be neglected as part of global child health. .