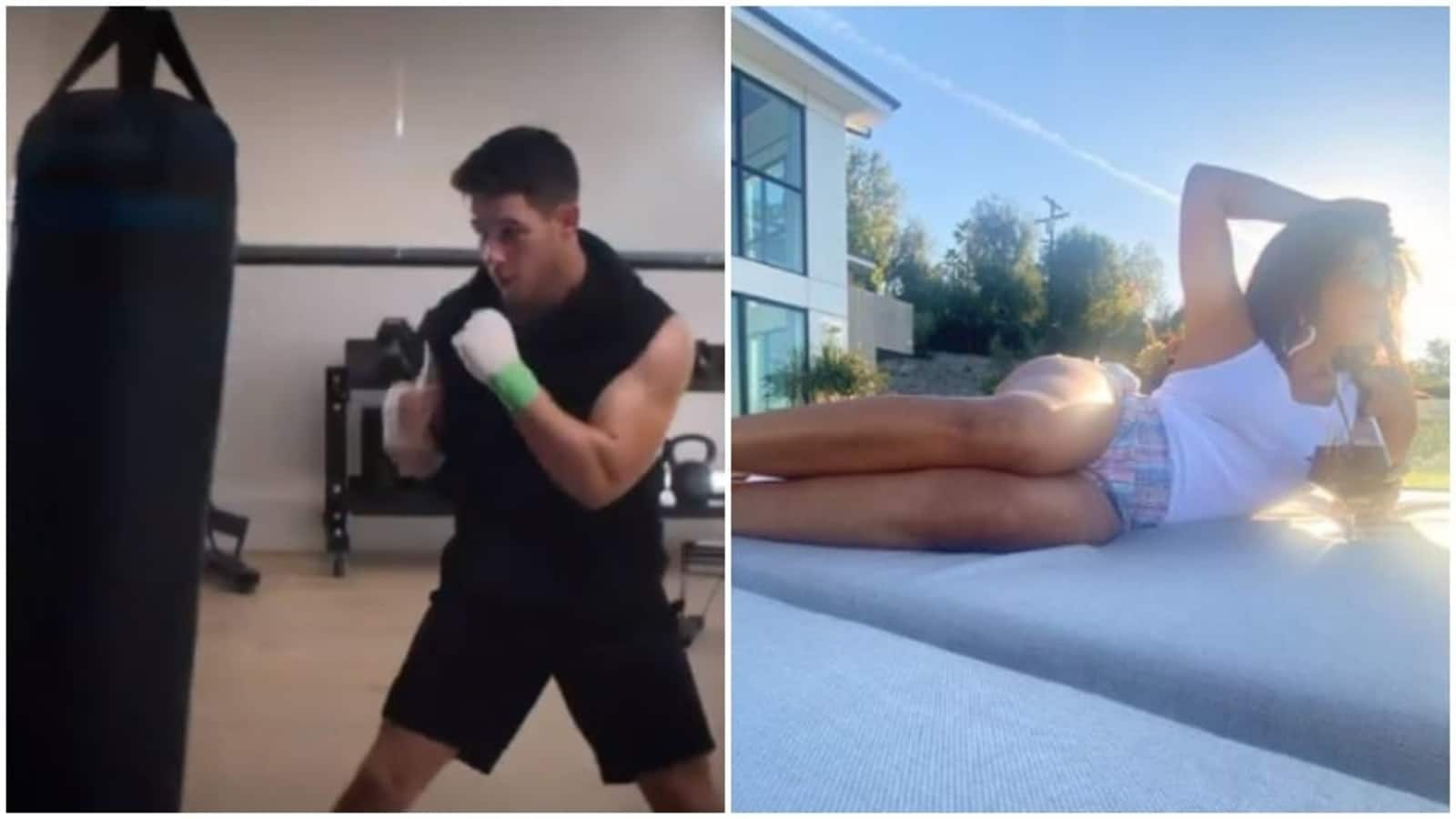 Actress Priyanka Chopra Jonas drooled over her husband, singer Nick Jonas’ latest post. Taking to Instagram, Nick shared a video clip for a brand endorsement, giving fans a glimpse into his workout and taking on a dapper appearance as he walked by the pool at their Los Angeles home.

In the video, Nick Jonas is seen training with a punching bag, wearing black shorts paired with a sleeveless hoodie. He is then seen walking by the pool, wearing a rust-colored suit over a printed shirt. Reacting to the video, Priyanka Chopra Jonas dropped a slobbery face emoji in the comments section.

Fans also showered Nick with love. One fan wrote: “Your beauty is killing me.” Another said, “God damn it, Nicholas. Let us know next time.” “I don’t know why I pay more attention to Nick than the commercial hahahaha,” commented another.

Last month, Nick shared a similar clip and gave an overview of different areas of their home, including their pool, gym, kitchen and recording studio. Reacting to the post, Priyanka wrote, “So awesome !! Our house is amazing too! You are beautiful too baby.”

Meanwhile, Priyanka has several projects in the works, including the Citadel spy series, Text for You and Matrix 4. She will also be seen in an Indian wedding comedy with Mindy Kaling, in which she will co-produce and star.

The Mighty Pickup is refined